This article was originally posted by Berkeley Letters and Science

This year, the Peder Sather Center for Advanced Study celebrates 10 years of international research and educational collaboration between UC Berkeley and Norway. On October 26, guests from around the world came together in the Banatao Auditorium at UC Berkeley to honor the many achievements in research stemming from the longstanding partnership. Guest speakers included Norwegian Prime Minister Jonas Gahr Støre, Norwegian Ambassador to the United States Anniken Ramberg Krutnes, and UC Berkeley’s Chancellor, Carol Christ.

“The primary aim of the Center is to advance scholarship and encourage dynamic exchange among faculty and students and thus strengthen the links between the United States and Norway. The results of this collaboration with Norwegian universities and UC Berkeley have surpassed expectations,” said Norwegian Prime Minister Støre, a supporter of the Peder Sather Center since 2008.

“The Center’s grants open the door for all UC Berkeley researchers to go to Norway, for Norwegian researchers to come to UC Berkeley, and share their ideas and projects. There have been grants in human rights and immigration studies, energy and environmental studies, arts, disability studies, sustainable business, data-driven social science, and much more. The generosity of our partner Norwegian institutions has produced a great flowering of scholarship across this decade, and we look forward in anticipation to the decades to come,” said Linda Rugg, UC Berkeley Associate Vice Chancellor of Research and Professor of Scandinavian.

The Center’s namesake, Norwegian-born Peder Sather, was one of UC Berkeley’s founding fathers. A philanthropist and ardent supporter of public education for all, Sather emigrated to the United States from Norway in 1832 where he made his fortune in banking. He subsequently joined the Board of Trustees of the College of California, which established the first university in California – known today as the University of California, Berkeley. Sather’s name and legacy are honored by two campus landmarks: Sather Tower and Sather Gate.

“Sather was a true visionary. His thinking was like this: ‘Minds before mines.' He saw that the future world depended crucially on research and education. I think it’s correct to say that no single person has left as strong an imprint on UC Berkeley as Peder Sather,” remarked Professor Trond Petersen, Academic Director of the Peder Sather Center. 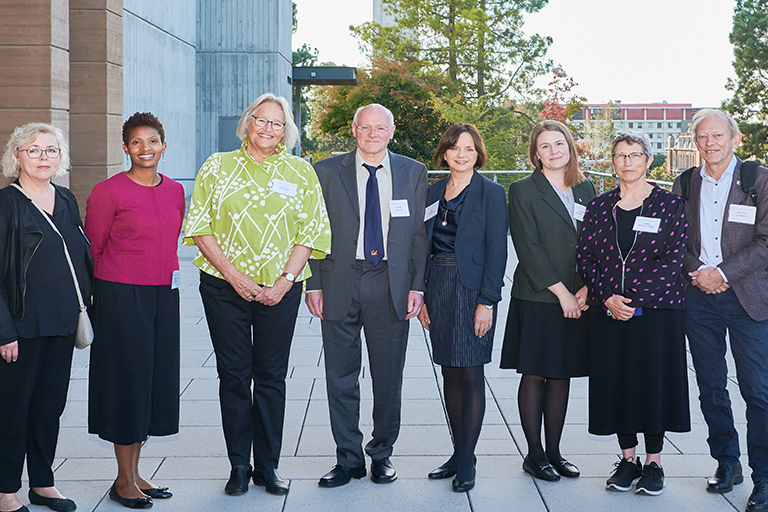 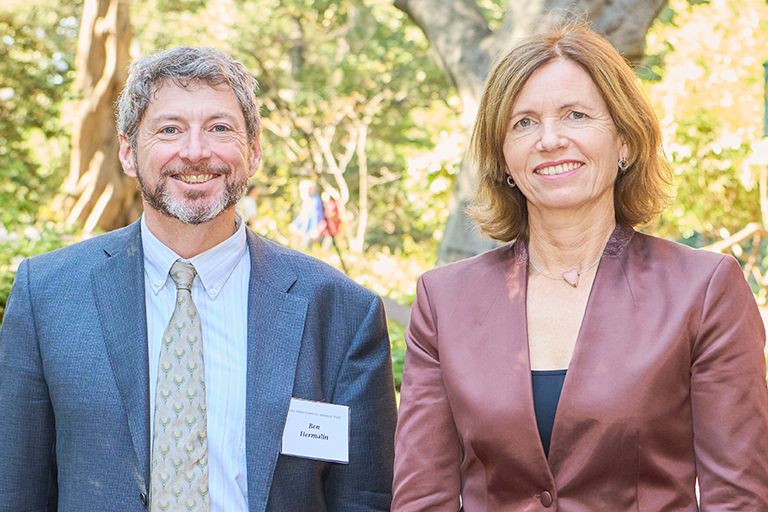 Since its founding in 2012, the Center has funded 273 collaborative research projects across all academic fields, from humanities to physics to social sciences and more. Over the course of the event, partners shared a selection of highlights from their research projects, including:

Per Sigvald Bakke, leader of the Norwegian Peder Sather Consortium at University of Bergen, remarked on the vital need for partnership between global institutions. “Now, more than ever, we need solid institutional collaboration to tie together our international research communities. I am pleased that we managed to keep the collaboration strong for 10 years, for the benefit of several researchers in our institutions.”

“The Peder Sather Center is an excellent example that long-term commitment and collaboration work. The Center gives our researchers the great opportunity of working with one of the top universities in the world,” said Åse Gornitzka, member of the Norwegian advisory board to the Peder Sather Center and Pro-Rector of UiO. “I am especially grateful for the dedication and hard work by our own Liv Duesund together with Trond Petersen and Akasemi Newsome to make the Peder Sather Center anniversary celebration possible.”

The anniversary event was recorded and is available to watch on YouTube. More information about  The Peder Sather Center for Advanced Study is on their website.