A Green Future for Europe 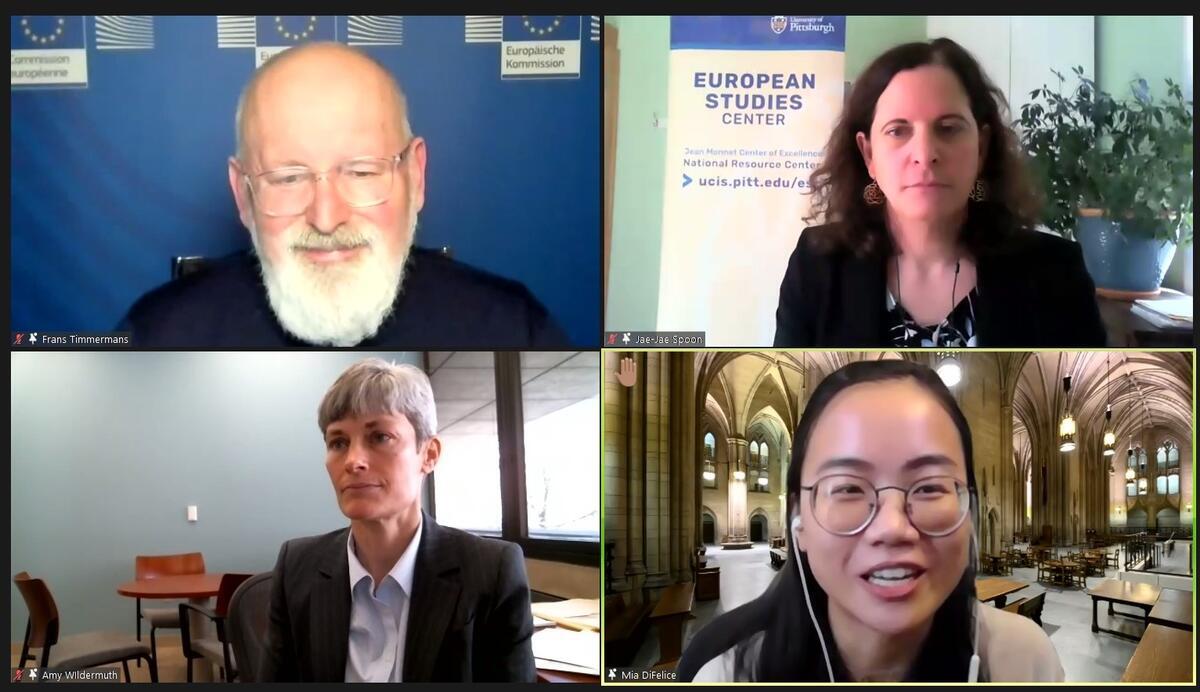 On March 2, 2021, in partnership with the Jean Monnet Center at the University of Pittsburgh, IES was pleased to co-sponsor a special event on “Europe’s Green Recovery” with Frans Timmermans, Executive Vice President of the European Commission.

Timmermans spearheads the European Commission’s work on the European Green Deal, the EU’s ambitious new plan to transform Europe into a modern, resource-efficient, and competitive economy. With the implementation of the Green Deal, the EU strives to address the current climate and environmental crisis, while ensuring a just and inclusive transition towards a sustainable economy.

In his lecture, Timmermans emphasized the EU’s desire to be a world leader for climate action, drawing specific attention to the EU’s aim to become the first climate-neutral continent. The Executive Vice President was also involved in the proposal of the first European Climate Law, which legally cemented the goals of the European Green Deal and set a climate-neutrality goal, thereby ensuring that all EU policies and sectors will coordinate to achieve net-zero greenhouse gas emissions by 2050.

Regarding the barriers in tackling the climate crisis, Timmermans stressed that though there is a sufficient supply of technology and finances available, the EU currently lacks the necessary political will and organizational skill to address the matter. To illustrate this point, Timmermans linked environmental challenges to a cluster of other issues the world is currently facing, namely the COVID-19 pandemic, the biodiversity crisis, and political and demographic changes. He invoked the example of the EU’s response to the pandemic and its recovery plan to demonstrate how the mobilization of resources and collaboration is possible. Timmermans was optimistic that this sense of cooperation could persist in tackling climate change.

Timmermans then elaborated on the political challenges of implementing a Green Deal within the EU. Firstly, there are striking disparities in the starting positions of each member country, which might hinder a universal implementation of climate measures. Timmermans used the example of Austria and Poland, which are currently on opposite ends of the sustainable energy usage spectrum. He also pointed to ideological differences and disparate perspectives on how science is evaluated and respected, noting that we cannot flee the impending climate crisis by denying facts. He urged current action for the sake of future generations.

In the closing Q&A section, Timmermans took questions from students in attendance, touching on further issues such as security crises in the face of dwindling resources, knowledge transfers to the developing world, and the need for an emphasis on social justice throughout climate transitions.